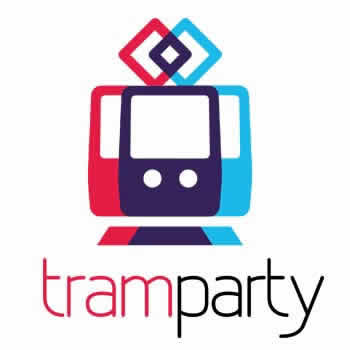 Disguise parties are undoubtedly the best way to let your mind go wild and take your creativity to a completely new level. The TramParty Company is fully aware of the said fact. In 2015, we have organized a significant number of such events for all the individuals interested. Those were not only stag and hen parties, but also typical weekend adventures for party people from all over the world! We did not want to limit you in any way, so we just suggested a given topic and then – you could make whatever your heart desire and show others that you are the most creative and best dressed person around. While taking into account the themes of such disguise parties in 2015, we combined something classical with something much more modern. In the first case, we suggested our guests to dress as the characters from their favorite fairytales and animated films. As a result, we had a Buzz Astral partying around and making the mood inside the tram more relaxed, two of seven dwarves, and a parade of witches, shepherds, evil queens, and what not! Your imagination was beyond all limits and it could be easily noticed. If you do not believe us that we organize parties for such wild people, just take a look at photos posted in our gallery on Facebook! However, it was not the end of disguise parties for 2015. We also went for more military and man-like theme to make stags feel truly masculine during their party. It must be said that the party was a spectacular success, especially thanks to Hulk Hogan and some marines patrolling the place and asking all the other guests around if they have a good time.

There is no need to settle in for same old same old club parties where there is nothing new to encounter, music becomes repeatable after only a few visits, and there is no space to chat to and meet other partygoers. In our case, it is different. In 2016, we plan to host many more disguise parties, as those thrown in 2015 turned out to be a huge success. We received a number of positive comments and further feedback concerning this form of entertainment organized by our company. We do not plan on stopping, we have a ton of fresh ideas and plans in our heads, so all we need now is to find such astounding party animals as we managed to find the last year. If you considered yourself one of them, do not hesitate and contact us via the contacting form. You can either book the tram exclusively for yourself and throw a disguise party with your friends, or join a group of spontaneous partygoers who want to have fun in an unforgettable experience. Prepare a nice costume, take your will to party with you, and check out the PartyTram, one of the best ways to spend your free time, socialize, and forget about the ordinary life. With us, you will quickly forget the meaning of such words as “boredom” or “discouragement”. We can promise you that a disguise party that we will throw for you will be one of best experiences in your entire life. Satisfaction guaranteed!